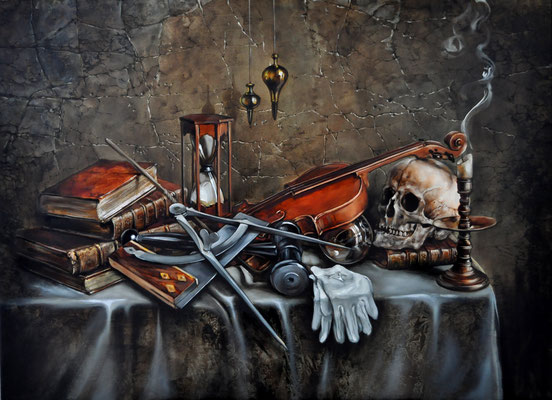 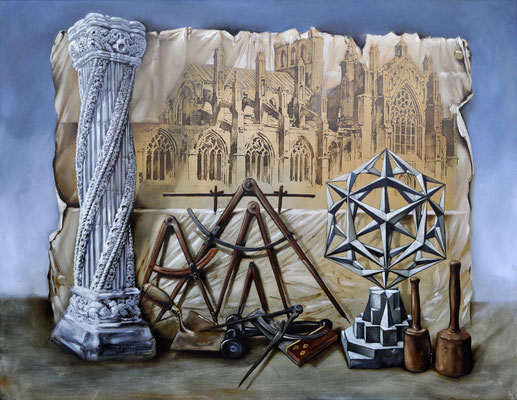 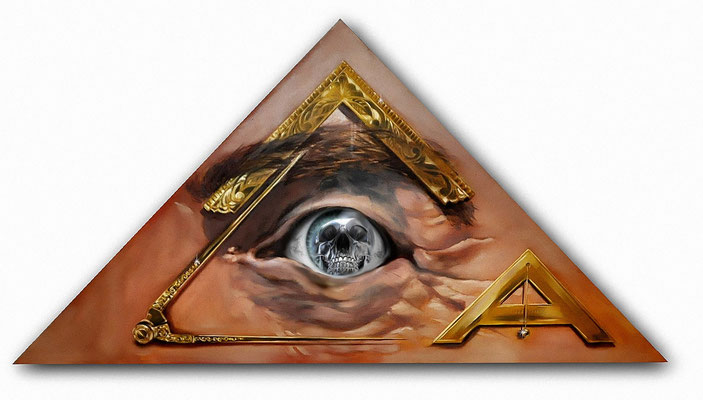 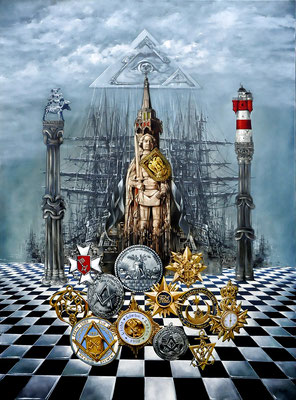 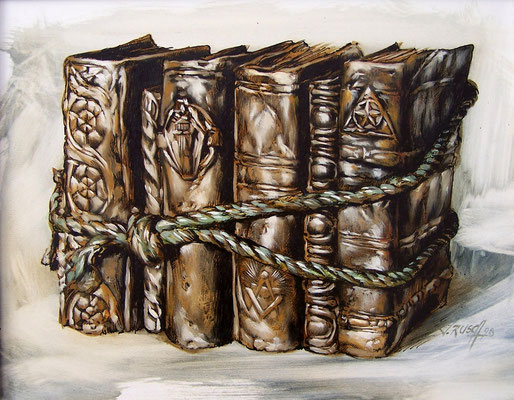 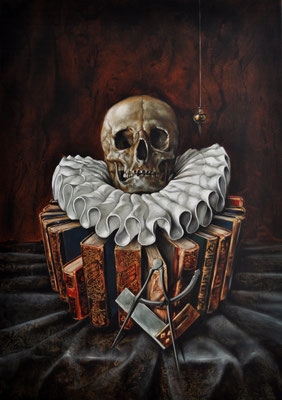 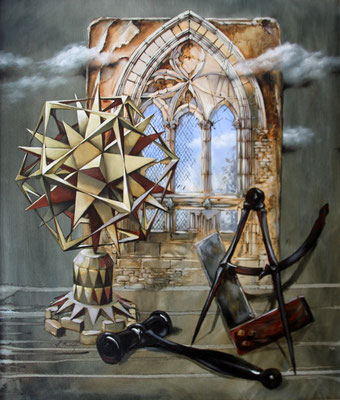 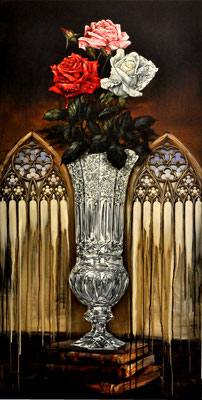 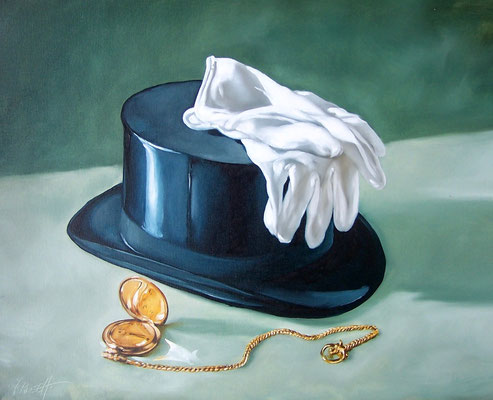 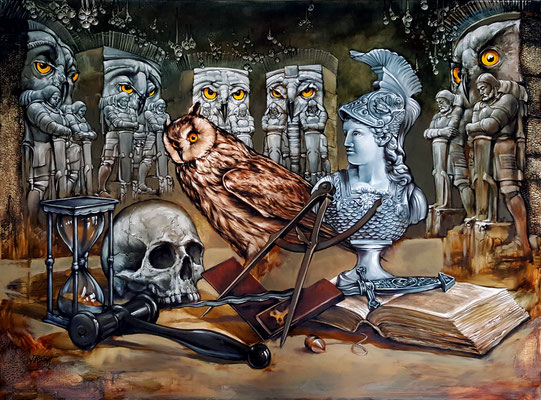 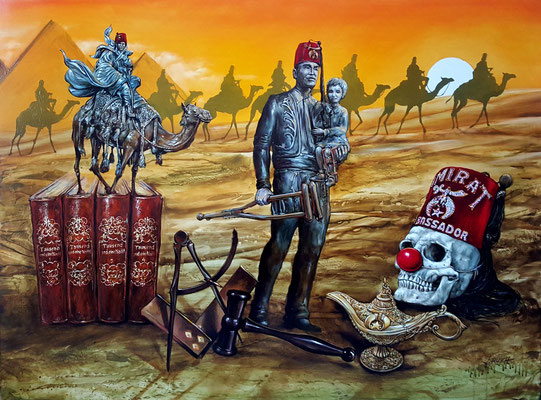 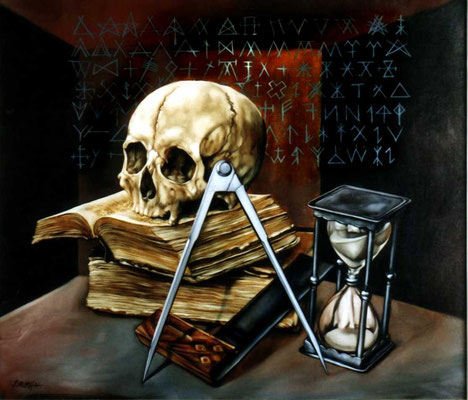 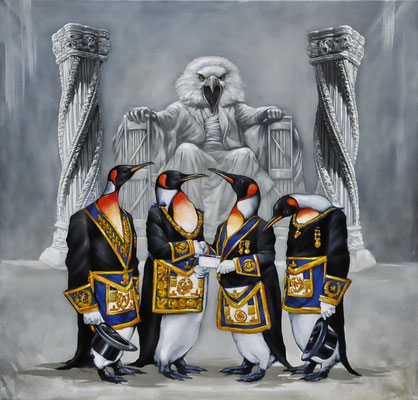 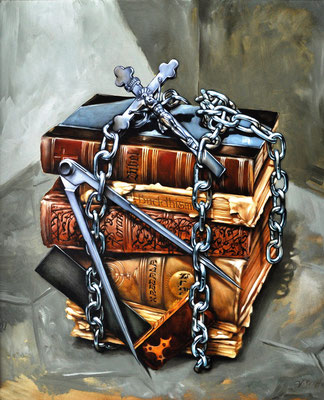 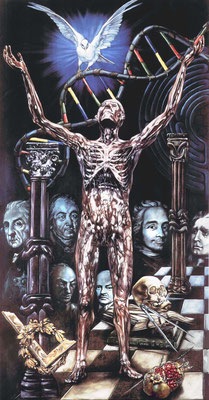 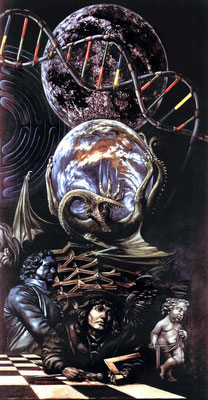 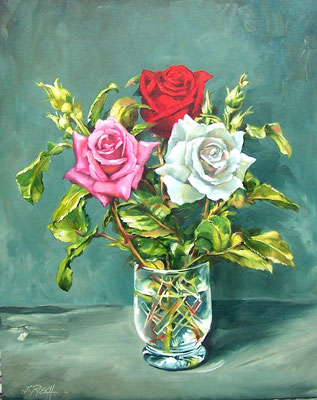 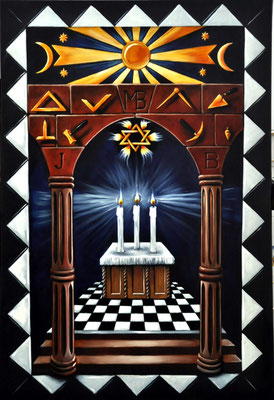 The Masonic art of Jens Rusch[Bearbeiten]

Freemasonry has inspired many artists, artists such as John Harris who designed the tracing boards that are still used in most of the lodges in England and Wales today, John Pine whose beautiful display of symbolism in the frontispiece of the 1723 Constitutions still inspires almost 300 years later, and William Blake, whose art also reveals Masonic imagery and symbolism. Freemasonry will always inspire artists; from the very first moment as an initiate when the blindfold is removed to reveal a lodge room filled with symbolism, the black and white chequered floor, the dancing light of the candles illuminating the working tools that reflect the moralistic elements of human nature - from that very first moment, our minds are filled with mysterious images that we long to understand. When I first saw the beautiful art of Jens Rusch, it brought back memories of that moment, his paintings drawing you deeper into a hidden Masonic world.

Jens Rusch is a Freemason from north Germany, and like myself, he was once in a rock band. Being creative has always been in his soul. His artwork has elements of surrealism, fantasy and also reflects a dream-like quality, suggesting the lodge room is in another realm, another dimension entirely, separate from the world, a place of peace and harmony but also a place of Nature, a place of light and dark, where we are reminded that we are men before God. There are strong religious themes in his work that constantly remind us of this; when looking at his paintings it is as if someone is whispering in your ear reminding us that we are mere mortals.

In his striking work Naturreligion, the chequered floor of a lodge room welcomes us into a world were Gothic structures develop into living roots, the lodge room itself is portrayed like an organic living body, with the three columns entwined in roots and vines. The Temple is alive, a part of Nature itself. Jens has cited the philosophy of the Free Gardeners as an influence for the painting, especially their use of imagery concerning the Garden of Eden.


In his work Holy Scaffolders, we see similar themes of religion inspiring men to build monuments to God, while the chequered floor of the lodge room curves around in the distance, men carry rolled-up organic Cathedrals on their backs. The central image is a Cathedral being carved out of a rough ashlar, the men look weary, but the Master Mason still carves away at his work – a masterpiece is being created. Jens refers to this theme as ‘Sacred bionics that runs through all cultures like a thread. The definition of beauty, based on the knowledge of Fibonacci, the golden ratio is the basis of all architecture, even the Masonic definition of Cathedral building’. Indeed, this explains the images of the organic spirals that seamlessly morph into architecture that appear in his work; the Temple being Nature itself. Recently, researchers have put forward links with the golden ratio and human genome DNA, connecting the actual secrets of life itself to divine architecture, and this can be found at the heart of Jens art – paintings that express Freemasonry as a living and breathing craft, paintings that explore the very secrets of Nature itself.

Jens art teachers were men such as Prof Eberhard Schlotter- who was a close friend of Ernst Fuchs and Salvador Dali, and the renowned artist Norman Rockwell. Indeed, Jens reputation as an artist led leading art expert Prof Dr Endruweit to announce “Rusch to be one of the most renowned artists in northern Germany." Jens has been a Mason for 22 years now, and Freemasonry thus became a major inspiration, and Jens artwork can be found all over the Masonic communities of social media. My own introduction to his work came from a facebook post, which led me to Jens other work – Freimaurer-Wiki – an online encyclopaedia of all things Masonic. This has become one of the most popular sources of Masonic information in Europe and is filled with biographies of Masonic writers and various works on Masonry.

Another personal favourite painting by Jens is Vanitas Vanitatum, a work which displays various collected symbols of mortality and Masonic symbolism; the skull, the hourglass, a collection of old leather-bound books resting on the table, a candle smoulders as certain Masonic tools catch our eye. The painting reminds me of contemplation, of reflecting on the mysterious lessons of Masonry, of reflecting on mortality. The painting has a familiar feel surrounding it, perhaps reflecting my own personal experiences as a Freemason undergoing the third degree. Vanitas themes were indeed common in the renaissance period, an example being Melencolia I by the German artist Albrecht Dürer. These paintings that remind us of our death and decay stir our curiosity and touch something deep inside our soul, reminding us that we are mortal and we will eventually return to nature – that resounding theme of the transience of human existence and the hidden messages within the symbolism that can teach us to be better men.

Jens has experienced his own brush with mortality; in 2001 he learned he had cancer of the tongue. He fought the disease and won; part of his tongue was removed, which ended his singing career, but his art career flourished and became more successful than ever. Recent exhibitions of Jens’s work testify to this success; as more people have access to his art, there has been more interest from both Masons and non-Masons alike. His illness seems to have assisted in developing the themes of his work, especially the common subject matter of mortality and the theme of contemplation. This then blends with the strong Masonic imagery and symbolism to make his art more powerful, giving his work a depth of expression that can touch not just the people in the Masonic community, but the wider world also.

Dr David Harrison is a Masonic historian and leading academic expert on the study of Freemasonry. He has lectured at the University of Liverpool and Hope University, and has worked as an archaeologist, specializing in industrial archaeology in England. 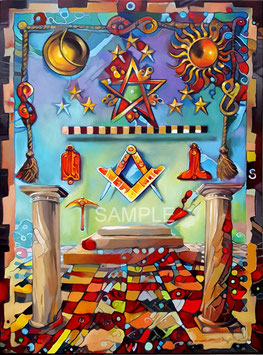 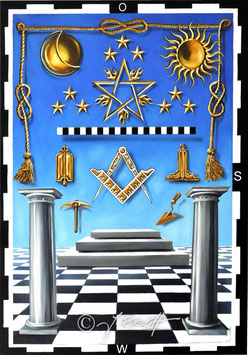 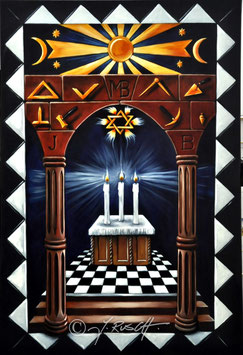 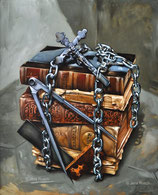 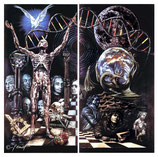